Rubenstein, Faculty Member of the Year, took time to find his calling 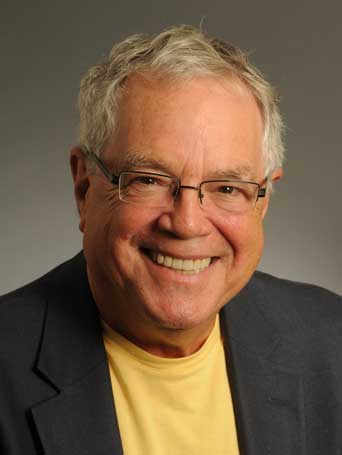 His mother had set a high bar, Rubenstein said, telling him she thought he could be the first Jewish president of the United States.

The preacher spoke about “the calling,” an intense feeling of knowing exactly what one needs to do with one’s life. He assured Rubenstein he would experience it, too, when the time was right.

So he practiced law in Washington, D.C., for a few years before finding himself involved in the antiwar movement in Chicago during the explosive unrest of the 1960s.

That’s when a friend from the Black Power Movement suggested he come teach at Malcom X Community College.

“I walked into the classroom and ‘Bam!’ This is what the preacher meant, this is the calling,” Rubenstein said.

Research, teaching and writing form a holy trinity of sorts for Rubenstein, earning him great praise from his George Mason University colleagues who nominated him for the honor he now holds, Faculty Member of the Year.

He’s been teaching at George Mason since 1987. In those 29 years, Rubenstein has had a lasting impact on the students he meets and teaches.

Many alumni say he’s the reason they chose Mason, said Maria Seniw, director of development for the School for Conflict Analysis and Resolution, and a Mason alumna.

Rubenstein said teaching is a little like parenting; he views his students as sort of a quasi-family. He’s learned a great deal from his students, as many of them come from conflict-ridden places.

“They’ll teach you about conflict as much as you teach them,” Rubenstein said.

Conflict and resolution caught his interest at an early age. He describes his parents as “scrappy Truman liberals.” His mother was very political in the 1940s, a time when it was uncommon for women to voice their strong political opinions.

Discussing politics was also a way for him to bond with his father.

“It made me realize that conflicts are great, as long as it’s for a constructive purpose,” Rubenstein said. "This is exactly how the founders of our school, scholar-activists like John Burton and Jim Laue, felt about conflict. Constructive conflict is the road to social change."

Rubenstein was honored at the Mason Alumni Association’s annual Celebration of Distinction on April 25.