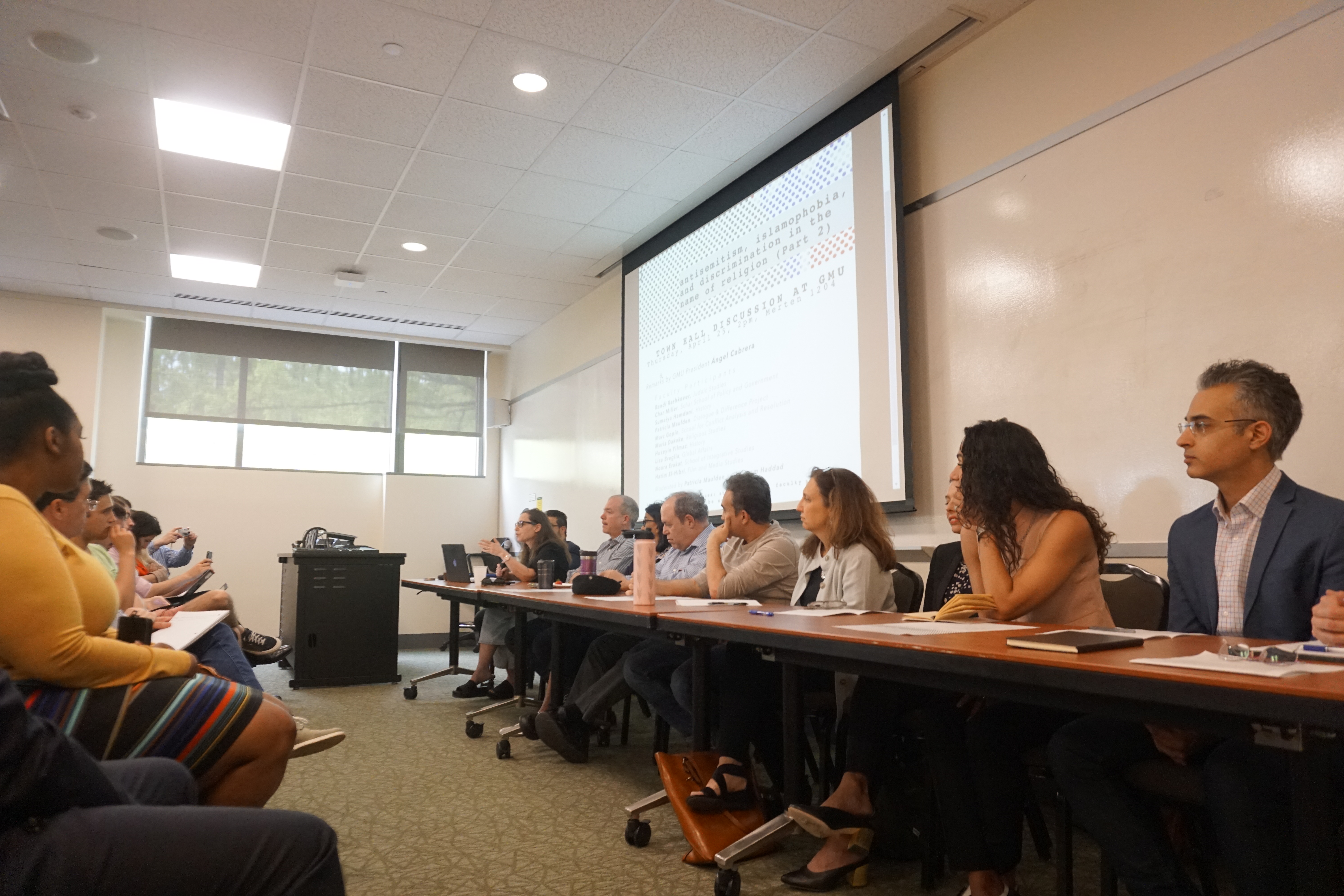 The first step to making a global impact on religious discrimination is to start locally.

That was the idea at play in a town-hall-style forum in Merten Hall on Thursday, April 25, when George Mason University students and faculty discussed ideas to alleviate tensions that could lead members of one religious group to discriminate or be violent toward another. Focusing first on how conversations happen on campus, the event was a counterbalance to the all-too-common news headlines involving mass shootings at places of worship.

The event, “Antisemitism, Islamophobia and Discrimination in the Name of Religion,” drew a crowd of nearly 80 students and was the second forum on the topic cohosted by Mason’s Middle East and Islamic Studies Program. The first was in December.

“What we aim for is to weed out, as much as possible by working together, any sort of discrimination that undermines the environment here at George Mason,” said Middle East and Islamic Studies Program Director Bassam Haddad, who co-moderated the event with the School for Conflict Analysis and Resolution professor Patricia Maulden. “We don’t have to all agree on everything, but we do have to agree on the rejection of discrimination of all sorts.”

To combat discrimination, Maulden suggested the practice of “radical listening.” She explained this as “being present with the person who is speaking—consciously, intently, person-to-person, human-to-human—and suspending judgments.”

Each professor spoke for two minutes about the impact and dynamics of religious discrimination. Students then directed questions to the panel and discussed the issues further in breakout groups.

“I really loved that the professors addressed that we can critique anti-Semitism and Islamophobia without being critical of people,” said Leia Sabatini, a junior majoring in integrative studies.

It’s also important to acknowledge the hurt other people have gone through in order to rise above hatred and a mentality that pits groups against each other, she added.

The next discussion on religious discrimination is slated for fall 2019, Hadded said, and students will be participants on the panel.