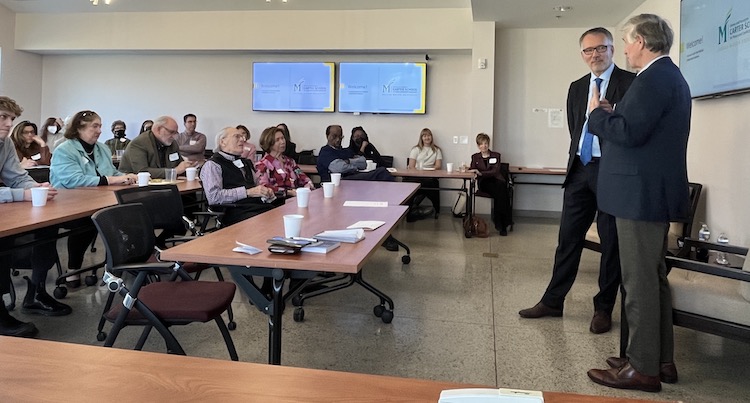 The Political Leadership Academy (PLA) at the Carter School hosted recently re-elected Congressman Don Beyer on November 19 for a brunch with about 50 members of the local community including several alumni of the PLA and locally elected political leadership.  The event highlighted the achievements of local, state and national impact of the academy and the Carter School more broadly and was highlighted by a conversation between Dean Alp Özerdem and the Congressman as they discussed opportunities for peace and conflict resolution in today's American political context, with a special emphasis on local and federal contexts and how members of the community can get involved in the political conversation and make an impact on the Northern Virginia area. Learn more about the Carter School.