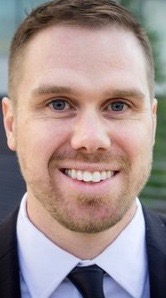 Charles E. Davidson directs the Political Leadership Academy and is research faculty at George Mason University’s Jimmy and Rosalynn Carter School for Peace and Conflict Resolution.  He is also scholar-practitioner of conflict resolution focusing on civil war, insurgency, and vulnerable populations with over a decade of experience in economic peacebuilding in war-torn countries working most recently in the eastern Democratic Republic of the Congo and previously in Iraq, Afghanistan, Uganda, Colombia, and Burundi.  He has conducted scholarly research in Iraq, Jordan, Indonesia, Tunisia, and across Europe. Charles joined the Carter School as research faculty in June of 2020 after completing his Ph.D. at the same institution.  His doctoral research focused on insurgent group collective action frames among Iranian Kurdish rebels.  His past research also included Syrian refugee / government relations in Jordan, religion in the United States, and community level peacebuilding in war-torn societies.

He is also the co-founder and co-director of the Carter School’s Praxis Conference of peacebuilding scholars and practitioners and has organized multiple international peacebuilding conferences and educational experiences for American college students. Charles also serves as the director of the international peacebuilding organization ForgottenSong, sits on the board of a community development organization in Arkansas, served as an English Teacher for NATO in Kabul, Afghanistan, and is a published children’s book author.