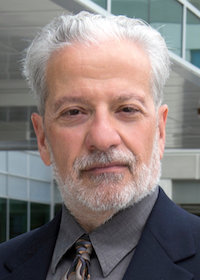 Kevin Avruch received his A.B. from the University of Chicago and M.A. and Ph.D. in Anthropology from the University of California at San Diego (UCSD). Before coming to GMU, he had taught at UCSD and at the University of Illinois at Chicago. At GMU, he served as Coordinator of the Anthropology Program in the Department of Sociology and Anthropology between 1990-1996, and was Associate Director of ICAR from 2005-2008. He was the Joan B. Kroc Peace Scholar at the Kroc School of Peace Studies, University of San Diego in Spring 2009. In 2009 Avruch was appointed the Henry Hart Rice Professor of Conflict Resolution (succeeding Nadim Rouhana), and in 2013 he became S-CAR’s second Dean, succeeding Andrea Bartoli. In 2020 he became Professor Emeritus of Anthropology and Henry Hart Rice Professor of Conflict Resolution Emeritus.

Avruch has published more than 75 articles and essays and is author or editor of seven books, including Critical Essays on Israeli Society, Religion, and Government (1997); Culture and Conflict Resolution (1998); Information Campaigns for Peace Operations (2000); Context and Pretext in Conflict Resolution: Essays on Culture, Identity, Power and Practice (2013); and Conflict Resolution and Human Needs: Linking Theory and Practice (with Christopher Mitchell, 2013). Context and Pretext was named the Book of the Year by the Conflict Research Society in 2014. Avruch’s other writings include articles and essays on culture theory and conflict analysis and resolution, third party processes, cross-cultural negotiation, nationalist and ethno-religious social movements, human rights, and politics and society in contemporary Israel.

Professor Avruch has lectured widely in the United States and abroad, and his work has been recognized by the International Association of Conflict Management and the United States Institute of Peace, where he spent the 1996-1997 academic year as a Senior Fellow in the Jennings Randolph Program for International Peace. He was a Fulbright Specialist at the Banares Hindu University in 2011. He received a Distinguished Scholar Award in Peace Studies from the International Studies Association in 2018. His work on culture in particular has become influential for anyone studying conflict and culture. As Dean of S-CAR (2013-2019) his accomplishments include overseeing the construction of the conference and retreat facility at the Point of View property in Mason Neck, Virginia; bringing the Mary Hoch Center for Reconciliation to the Carter School; and leading the campaign for ICAR’s renaming in honor of Jimmy and Rosalynn Carter.