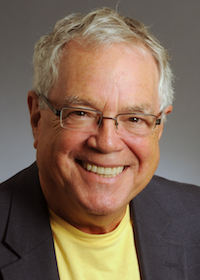 Richard Rubenstein was educated at Harvard College, Oxford University (Rhodes Scholar) and Harvard Law School.  Before coming to teach at George Mason University in 1987, he was a practicing lawyer in Washington DC, a political science professor at Roosevelt University in Chicago, and a law professor at Antioch School of Law in Washington DC.  At George Mason he joined the faculty of the Institute for Conflict Analysis and Resolution and served as its director from 1988-1991. He is University Professor at the Institute's successor, the Carter School for Peace and Conflict Resolution.

Prof. Rubenstein is the author of ten books on political violence and conflict resolution, including When Jesus Became God (1999), Aristotle's Children (2003), and Reasons to Kill: Why Americans Choose War (2012).  His latest works are Resolving Structural Conflicts: How Violent Systems Can be Transformed (2017) and Conflict Resolution After the Pandemic (2021, with Solon Simmons).

He has written many scholarly articles and is a frequent contributor to journals like Transcend Media Service and CounterPunch.  He organizes conferences and dialogues on key issues involving contemporary social conflicts.