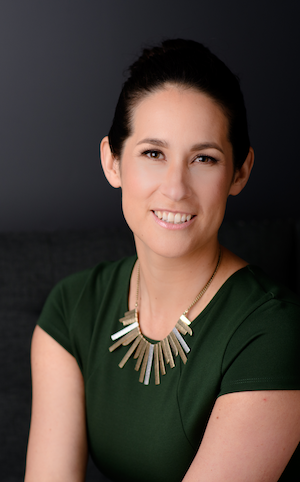 Following the death of George Floyd and the nationwide protests that followed, Americans clamored for books on antiracism. Making the lists—and being touted on social media by celebrities such as comedian-political commentators Chelsea Handler and D. L. Hughley—is a book by Tehama Lopez Bunyasi, assistant professor at the Jimmy and Rosalynn Carter School for Peace and Conflict Resolution. In her book “Stay Woke: A People's Guide to Making All Black Lives Matter” (NYU Press, 2019), she and co-author Candis Watts Smith use lessons from the Movement for Black Lives to help people become effective racial justice advocates and antiracists. Created as a toolkit, the book aims to empower readers to become more knowledgeable participants in public dialogue, activism, and American politics.

What inspired you to write this book?

My co-author and I were inspired to write this book because of our students. We were looking for reading material and in-class curriculum that would help our students work through the unfolding Black Lives Matter movement. Not finding exactly what we were looking for, we wrote it ourselves.

As we started, it was clear to us that writing in an accessible way, unpacking the structural and ideological frameworks of contemporary American racism without all the academic jargon, could go a long way to equip and empower people to become effective racial justice advocates and antiracists. One of our central aims, then, was to distill and build upon scholarship from multiple disciplines without watering down any of the content.

How do you know your co-author?

I met Dr. Smith when I held the Samuel DuBois Cook Postdoctoral Fellowship at Duke University's Center for the Study of Race, Ethnicity, and Gender in the Social Sciences. She was a graduate student there doing her doctoral work in political science, and we had offices right next door to each other. We became friends and, then years later, co-authors.

What are your feelings about everything that is going on in the country right now?

I am infuriated and saddened that Black Americans continue to be profiled, discriminated against, and killed by police and vigilantes. All this amongst a pandemic that is disproportionately taking the lives of Black and Latinx people all over the country. The fissures of inequality are on full display; we are amidst a great reckoning with who we are in this country and who we want to become.

Where I am inspired is in the beautiful interracial protests. Five or six years ago, I attended a massive rally against police brutality in Washington, D.C., and there was not near the amount of white people in attendance as there are today. More and more white people are working to join the anti-racist ranks, and though it may appear awkward at times, I believe the effort is largely sincere. I am inspired to see the hard work of grassroots organizations coming to fruition as they coordinate rallies and design demands to hold our elected representatives accountable. I am taking note of the corporations that are asking themselves how they contribute to racial inequality and wondering what role they can play in bringing about a better way of doing business. There is much to discuss on that topic, but the people who work in those companies are beseeching their employers to take this moment seriously, and that's a good thing.