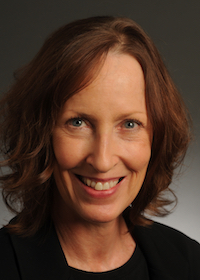 Patricia A. Maulden is Associate Professor of Conflict Resolution, Director of the Dialogue & Difference Project, and the Student Engagement Coordinator at the Carter School for Peace and Conflict Resolution. She earned her Bachelor of Arts degree in Anthropology from the University of California, Santa Cruz and her Master of Science and Doctor of Philosophy degrees in Conflict Analysis and Resolution from George Mason University. Her research interests include generational and gendered dynamics of conflict and peace, social militarization/demilitarization processes, urbanization, post-conflict peace economies, and building peace practices. She has written about child soldiers as agents of war and peace as well as the role of girls in conflict, whether as soldiers, combatants, or associates of fighting forces. She investigates NGOs as private peacebuilding contractors, their roles in the post conflict peace economy, and the post-conflict paradox – engaging war while creating peace. Additionally, she explores peacebuilding over time and the trajectories of post-conflict knowledge.

Her research and field activities include: youth/child disarmament, demobilization, and reintegration in Sierra Leone; community based peace education in Sierra Leone and Burundi; youth focused palaver management in Liberia; reconciliation and the role of the arts in Kosovo; socio-territorial development, local power, and social justice in Salvador, Brazil; human rights, power, and culture in Bahia, Brazil; conflict resolution and natural resource exploitation in Colombia; incorporating dialogue to explore ongoing political, social, and economic concerns in Ukraine; and inclusive dialogue in University Peace Clubs in Ethiopia. Currently she is researching the theory and practice of civil death in the United States, the implications for the carceral state, mass conviction and mass incarceration, education inside prison, post-incarceration re-entry, and prison abolition.

She has conducted practice-focused workshops on dialogue, conflict analysis and resolution, peaceful leadership, building peace, environmental conflicts, and political conciliation in Brazil, Liberia, Columbia, Turkey, and Morocco. Dr. Maulden has trained in restorative justice, problem solving workshops, sustained dialogue, and the Inside-Out Prison Exchange Program, the pedagogy and practice teaching inside prison with half incarcerated and half outside students. She is also the co-founder of the Praxis Conference.